Automotive electronic control systems generally follow the workflow of perceptual control execution. The sensor is used as a sensing unit to obtain the working status of the system, the control unit processes the sensor signals and calculates and outputs control instructions, and finally the execution unit completes the corresponding actions. 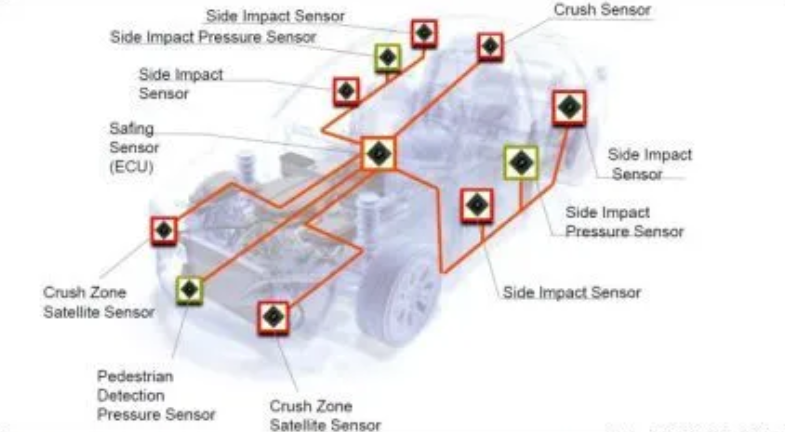 Take the electric power steering system (EPS) as an example. During the operation of the vehicle, the steering wheel torque angle sensor monitors the steering wheel angle and torque information, and the wheel speed sensor monitors the wheel speed. The logic processes the signal in real time, calculates an ideal boost torque, and finally controls the motor through the MOSFET to achieve the boost effect.

In the four major systems of automobile power, chassis, body, and electrical, most of the electronic controls have similar working principles. From perception, control to execution, semiconductor devices are everywhere, including sensors in the perception system, and micro-control in the control link. Controllers (MCU), communication chips (CAN/LIN, etc.), analog-to-digital converters (A/D), power devices (MOSFETs, IGBTs, and DCDCs) in the execution link, etc. Among them, the sensor is the opportunity of the car.

According to the working principle, sensors can be divided into four categories: MEMS, magnetism, chemistry, and temperature. We have calculated that there are more than 50 MEMS sensors in traditional gasoline vehicles and more than 30 magnetic sensors, accounting for about 90% of the total.

Among the sensor companies, there are already giants such as Bosch, Infineon, and NXP, with complete product lines and a complete industrial chain. They have strong capabilities from chip design and production to sensor product research and development and supporting; there are also Allegro, Melexis, ST, NTK and others focus on certain areas or links in the industrial chain, with relatively moderate scale and strong market competitiveness.