At the same time, after nearly 80 days of delays affected by the epidemic, the two sessions as an important meeting for discussing the country, making suggestions and focusing on social, economic and people’s livelihood issues have received high expectations and attention from hundreds of millions of people!

2020 is the year when a well-off society will be built in an all-round way and the 13th Five-Year Plan will end. At this special node, the "14th Five-Year Plan" is an important program for guiding the country's economic development in the future, and it is also the core guiding basis for the long-term and stable development of many industries and enterprises in the future.

According to relevant reports, 5G, semiconductors, biomedicine, high-end equipment manufacturing and other key industries and key areas will be included in the "14th Five-Year Plan" to provide strategic support to maintain the stability of the medium and long-term industrial chain supply chain. It is foreseeable that the topic of manufacturing will undoubtedly remain the focus of the heated discussion between the two sessions. 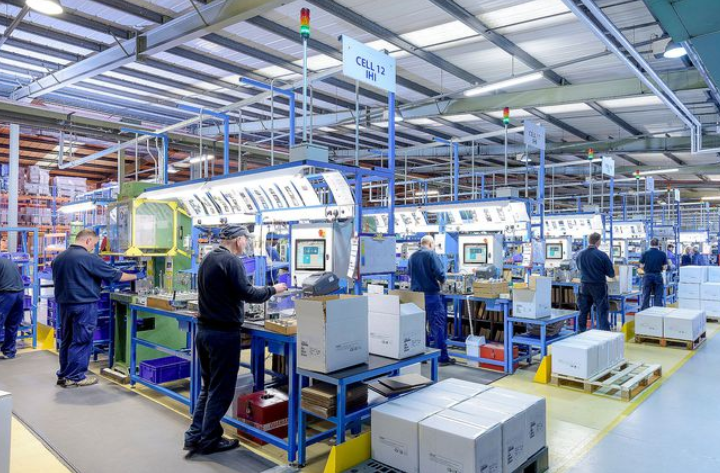 At the same time, the epidemic has also exposed short-term problems such as blocked production caused by short-term domestic labor shortage. Therefore, to further increase investment in industrial informatization and digital infrastructure, by increasing the proportion of "smart manufacturing" in industrial production, is to maintain effective supply in times of crisis.

With such a major trend in China's domestic manufacturing industry, coupled with the "new infrastructure" represented by 5G, artificial intelligence, industrial Internet, Internet of Things, intelligent manufacturing, etc., it is bound to drive the rapid development of many related industries. Among them, as software and hardware devices that combine technical advantages such as cloud computing, big data, and artificial intelligence, the broad development prospects of the smart touch display device industry are eye-catching.

Based on its advantages in data display, collection, storage, and stable performance control, smart touch display equipment ranges from raw material transportation, material distribution, workshop manufacturing, to production site visualization, monitoring management, testing, quality control, packaging, and out of warehouse. In the manufacturing process, almost all production and manufacturing links are run through.

Therefore, in the context of new infrastructure, the transformation of domestic manufacturing enterprises and industry automation, digitization, and intelligence are bound to accelerate, and the demand for smart touch display devices in the future will also greatly increase!

03 Under the epidemic, 2020 will extend the greater demand of the medical industry chain

On the other hand, as mentioned above, the epidemic has had a lot of impact on the manufacturing industry. Although the domestic epidemic prevention and control has achieved major successes, and the domestic economy and life have gradually returned to normal, due to the overall situation of the foreign epidemic situation, the recovery of the global market economy still takes time.

In this regard, many manufacturing companies are gradually opening up new application areas on the basis of their original business. For smart touch display devices, based on experience in industrial applications, it has more advantages in medical device applications, and the market demand is gradually rising.

In fact, during the epidemic, many industrial forces were the main suppliers of medical and anti-epidemic materials. The medical scene application extended by the smart touch display device is also an inevitable result and urgent market demand.