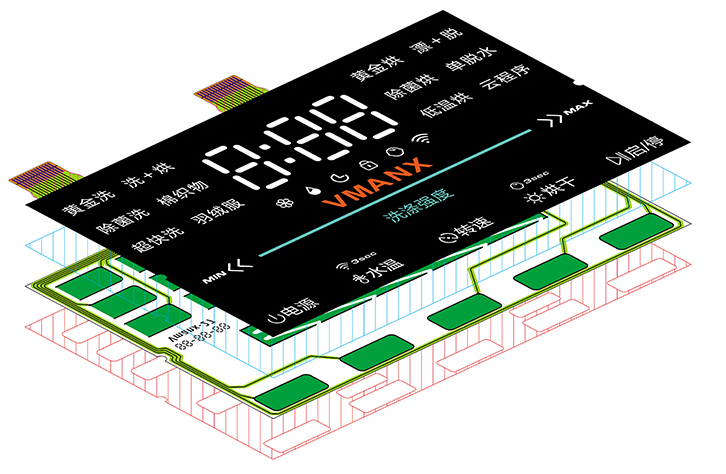 Electromagnetic touch has been around since 1964. It was used for smart digital tablets from the 1970s to the 1980s. Many high-end computer-aided drawing (CAD) systems such as AutoCAD are widely used, and Apple computers were also used as Apple II equipment.

The representative manufacturer of the main electromagnetic technology on the market, the largest Wacom mainly uses its own brand, with revenue of 8.1 billion Taiwan dollars in the first three quarters of 2009, the product price is relatively high, and the resolution can reach 5,000lpi; the company's early It is dedicated to the high-precision CAD/CAM market with drawing functions, and now it also provides 100-inch large-size products. In fact, electromagnetic technology can be used in splicing, so it can be said that there is no size limit at all. N-Trig is a component supplier with the highest cost. Taihan was established in 2004, and the unit cost of the product is low; the cost of the electromagnetic type is lower than 10 inches, and the resistive type has a price advantage if it is less than 10 inches.

Different from Wacom's passive solution which uses the variable capacitor principle, Taihan uses variable inductance, does not require an additional DC voltage regulator, and does not require a modulation IC, and uses a pen tip to push the iron powder core, using enameled multiple strands Copper wire, there are 2 ferromagnetic cores in the pen, and the working frequency is about 375KHz, which changes with pressure.

Which is better, electromagnetic screen, resistive screen, or capacitive screen?

Compared with resistive and capacitive screens, the transmittance of electromagnetic handwriting touch can reach 100%, and the resistance or capacitance is about 80~90%; the electromagnetic type is rear-mounted and has a mouse function, which is suitable for Windows architecture. The interface, high resolution, Palm Rejection anti-mistouch function, 1024-step pressure sensitivity function, low system integration cost, fast response speed, and unlike resistance and capacitive type that encounter bottlenecks in large-scale development and cost too much , The electromagnetic stand-alone machine has achieved 100 inches.

The main application markets for electromagnetic touch include pen tablets that use the most USB interfaces, tablet displays commonly used in the education market, electronic whiteboards that are growing in the Asian market, signature pads for e-commerce, POS, and electronics that add handwriting capabilities. Book readers, Samsung products have built-in electromagnetic sensing modules, which can provide note-taking, notepad functions, Tablet PC, and Tablet&Book. E-book readers are considered to be a rapidly growing market in recent years, and the trend towards flexible displays is obvious. The electromagnetic touch module has flexible characteristics and can be used with a flexible display; although the need to use a pen is considered a disadvantage, the pen size is small and can be integrated into the system.

Taihan estimates that the potential market for electromagnetic touch technology is estimated to be the most eye-catching growth in e-books and Tablet PCs, with nearly multiple growth from 2010 to 2012, and total shipments are expected to grow from 9.9 million in 2010 to 2011 14.7 million, reaching 24.8 million in 2012. Taihan currently has 117 patents and possesses core technical advantages.