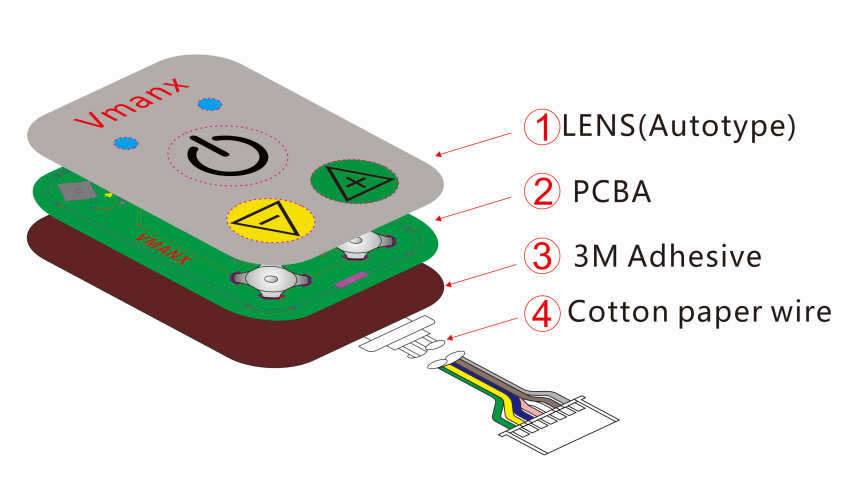 On all kinds of mechanical equipment, we often see membrane switch buttons. It uses small buttons to control the operation of the entire mechanical equipment. The appearance of membrane switch buttons is somewhat different from that of ordinary household remote control buttons. Only the characters are different, but there are actually some differences in the production process.

Spraying laser engraving is a common production process for controller silicone keys, and the reasons are as follows.

1. Silicone button manufacturers stated that most of the controller buttons used on mechanical equipment have LED lamp beads at the bottom, and the surface of the button needs to have the requirements of light transmission, and the light transmission of the laser engraving process is excellent.

2. The spraying laser engraving process is more advanced. The spraying process can make an ordinary silicone button into a high-end button with good texture and feel. The laser engraving process can make the characters have a concave and convex feeling and permanent wear resistance. These advantages make the silicone button more effective. The overall performance is greatly improved in an instant.