When it comes to Japan’s manufacturing system, let’s start with the richest person in Japan. Many people will think of SoftBank's Son Zhengyi, who ranks second in Japan. If the richest man in Japan is the founder of Uniqlo, this is also conceivable. The most surprising thing is that the third richest person is the head of an automation company. The wealthy man founded Keyence in 1972, and its manufacturing system is unique. As the world's largest sensor manufacturer, Keyence has created many unsolvable mysteries. 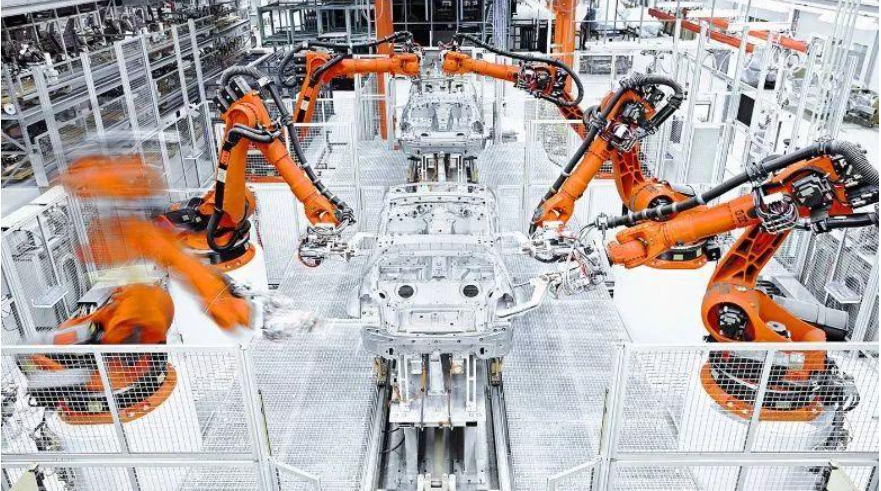 In 2020 "Forbes Global 2000" companies, Keyence's revenue barely entered the list, ranking only 1913, almost the bottom; but its profit is unambiguous, as high as 30%, directly driving Keyence into the top 500 profitable companies . As of March 2021, Japan's Keyence has a market value of US$113.7 billion, ranking 123rd. "Forbes" ranked Keyence as the 33rd among the top 100 digital companies and the 38th among the world's most innovative companies.

Despite good business performance and an amazing profit of up to 30%, it is notorious for keeping large amounts of cash on the balance sheet. This amount of free cash often exceeds one year's income. The story of Japanese companies' risk aversion and hoarding of cash is widely known. Since 2000, Keyence has always put money in safe investments and then forgot about it.

It seems that this reflects a conservative business attitude, that is, under the ever-changing situation of automation and testing equipment, the good times will not last forever. This is not so much fiscal prudence as it is a kind of fiscal asceticism.

The Japanese like it, and the Americans like this company. This is the reason why its market value remains high. This is a humble sensor and measurement system company. How can this be done?

But when it comes to Keyence, it seems embarrassing on the surface because it does not have its own manufacturing plant.

KEYENCE has adopted a "factory-less" manufacturing system: the production of all products, whether it is pressure sensors, barcode readers, laser scanners, or microscopic measurement systems, and PLC controllers, are all outsourced, and only in OEM production in Japan. The absence of high pressure on fixed assets may be the reason why Keyence has the highest gross profit margin in Japan. In the fiercely competitive factory automation industry, its operating profit margin exceeds 50%. In the field of industrial machinery, except for software, it is rare to see such a strong profit margin.

This is a "manufacturing for profit, not producing for profit" company. The most important strategy for its product development is profitability. In 1983, the company was still in the climbing stage, and sold the wire automatic cutting machine factory, which accounted for 15% of sales. The reason was that "love fat is too thin" because the profit of this factory is only 20%, and Keyence already owns it. 40% profit margin. The same philosophy has been maintained to this day.

For each product developed and put on the market, KEYENCE will conduct a net profit review. This requires a set of unwavering product design principles. For example, by creating single-size accessories for 80% of the identified applications or needs on the market, the ability to customize is eliminated to prevent the project from interfering with product design. KEYENCE hopes to only sell what is on the shelf, rather than customized solutions, because the latter takes time and is inefficient. This is the priority to be excluded in the KEYENCE manufacturing system.

Each KEYENCE product adopts an easy-to-learn method, giving priority to the user's learning curve. The off-the-shelf product can solve 80% of the potential applications, and almost anyone can use the product without training, whether it is a technician, a maintenance person, an engineer, a scientist, or a manager. Since KEYENCE has been working hard to understand the status of end users, whether it is communication, transmission, or measurement, products are very easy to integrate into any environment. This easy-to-use product can easily win the favor of on-site engineers. Keyence's PLC control system is incomparable with sensors and measuring instruments in the group system, and it is far less well-known in the market than Japan's Mitsubishi and Omron, but it is very easy to use. In the field of LCD panels, it has a very large market share. Ease of use is a very important reason.

The products developed by KEYENCE are often designed for 80% of applications. Therefore, the product selection for any specific technology group is usually smaller than the competitors' product lineup, but usually has higher integrated functions in general applications. For example, Keyence may have 18 laser measurement modules, while competitors may have 36 or 48 different modules. For market segment applications, any of these 36 or 48 modules may have higher specific performance than the KEYENCE model, but if the customer has many general applications, they can purchase fewer modules from KEYENCE. Group, reduce the inventory quantity of the product.

Fully consider the most common applications and challenges faced by the factory, seize 80% of the opportunities, and ignore those 20% applications that require additional support or engineering customization. If Keyence is a doctor, then it never develops drugs for rare diseases, it only cares about the optimal treatment of common diseases.

This multi-functional combination of product development model greatly reduces Keyence’s inventory and the various inventories required by its customers. It also means that the output of any product produced by Keyence is very high, so product profits are even greater. high.